A Day on the Farm 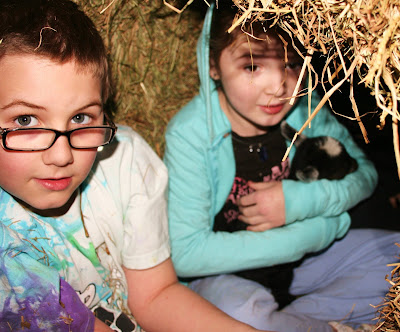 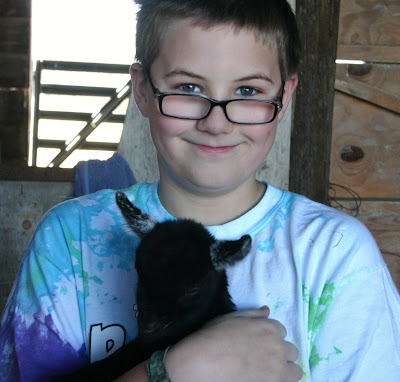 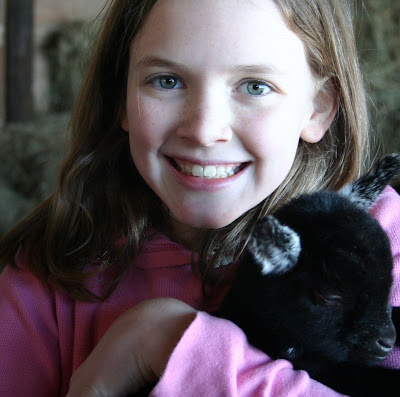 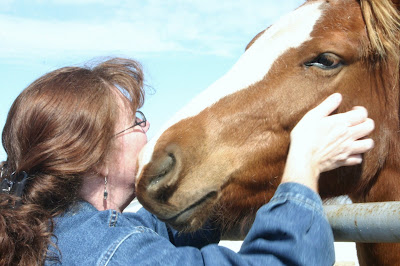 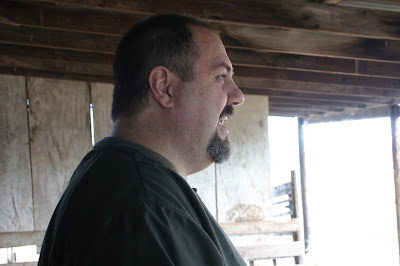 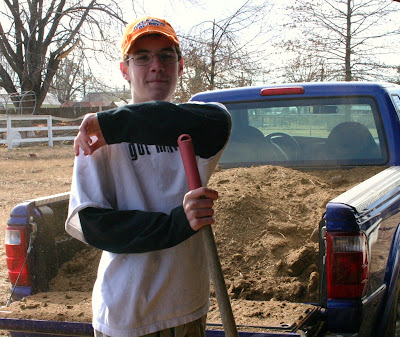 Don't shoot me, but I wanted to show y'all what our day on the farm looked like as a family.

Here's Little Guy holding one of those darling little pygmy babies. LG wants to run an animal shelter when he grows up and is already talking about earning his high school volunteer hours at a local shelter.

Maybelline fed the cows after the farmer called them over using a coffee can full of corn. She jumped when the cow licked some out of her hand.


What better photo opp than a cousin holding a baby goat? Two beauties in one shot.

And two redheads in one shot. The neighbor raises thoroughbreds to race and this one and I fell in love. He just nuzzled like crazy once I started scratching.


My Hunny spent an hour or so shoveling poo into his truck. Here he is taking a break, after spitting out the dried poo which was flying around. Maybe windy days aren't the best time to shovel dry poo.

Last, but not least, Oatmeal Head takes a break from helping dad shovel poo. He called me paparazzi. Rude child. Okay, so I took more than 300 pictures. But not all of HIM! And he's wearing one of his favorite shirts - it says Got Mullet?

Honest to Pete, tomorrow I'll have up pictures of Fred & Bessie on the farm. They had the time of their lives! So did we. And we all showered when we got home. The End

Nice...it must be nice to live somewhere you can walk around without a jacket. I'm so jealous!!

looks like fun, except for the dry poo in the wind thing,..yuk, I think maybe I'd more then spit,..HURL

The hat! The hat! Lookit that pimpin' hat! Where did Oatmeal Head get such a lovely hat to shovel poo in?? ;)

You mean the hat in which he painted our shed, so it's now dotted with white paint? He wears that hat ALL THE TIME. And now he wants a Dukes of Hazzard car when he's ALLOWED to drive. Thank you, cousin. :P

But the General Lee would look so COOL with that hat! IF he does get it, don't tell his Uncle Brandon. He'd be extremely jealous.

I like the shots of Little Guy. He looks so scholarly the way his baby blues are focused ABOVE the glasses. That alone adds years of wisdom to him. Immediately.

The warmish weather was nice yesterday, though the wind was cutting. We just never know what we'll get in Tulsa from one day to the next. I LOVE that.

And I don't think he'll be getting the car anytime soon. Brandon stands a better chance of getting one. :)

Tammy, he IS wise beyond his years. Argh! Or is that wise a$$?

Oh yes, showers are absolutely necessary after a day spent enjoying creatures found in nature, and their ....um... dried enjoyment of lunch? ;)

300 pictures?! I think I love you....
and you have some gorgeous shots posted of this trip. My fav is the cousin picture. Well done!

I need to make up cousin names, like I have for my kids. Little Guy says I should call them Lewis and Jeff. Lessee ... the first one, in the hay with Little Guy, can be Esmerelda. She'll appreciate that, given that her real name is only four letters long. The second one should be Sue. Yes, Sue.

We got dry poo in the wind around here too - in fact we thank the Lord when the flying poo IS dry. Great pics!

Those goats are SO cute! Looks like such a fun day for the family.

Oh I'm so jealous of your day at the farm!!
I'm glad the hubby, kids and cows all got to experience it because every cow, er I mean kid, should get to have a day at the farm!

P.S. But it has to be an ag farm, not a diary farm. My best friend lived on a dairy farm while I was growing up, and I certainly don't have a romantic notion of twice daily milking and poo scraping.