It Was a Sad Day 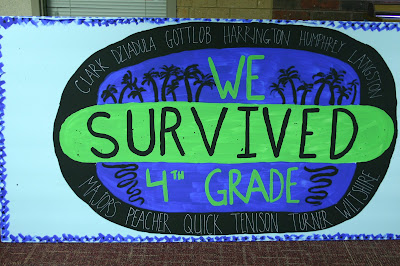 School is over and two of my children are very sad. Right now I'm very sad, but not because school is out for the summer. That makes me happy. The two children are sad because they miss their friends already. One of the children cried and cried at school. This is what I get for home schooling them for nine years. They can't just be sick of school by May and ecstatic to have summer stretching ahead of them. Poor children. 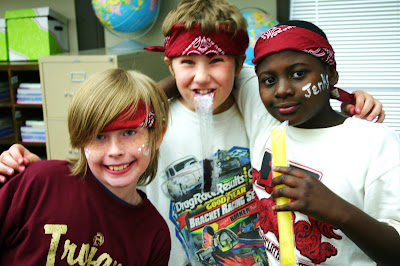 This picture. I'm breaking my rules, but I'm giving you no names. These are Little Guy's two best friends in the world. He spent this entire week being sad that he won't see them again till next fall. One is moving to another state to live with his dad, so he may never see him again. It breaks my heart sometimes, being a mom. It really is like walking around with your heart on the outside.

Aren't they handsome boys? Little Guy favors this picture because the boy on the right is smiling a little. They're both great boys. I wish I could keep them.

Why am I sad though? I almost hesitate to tell you all, but someone's liable to ask eventually. I did a tremendous amount of research about the problem yesterday and it looks as though I'm without real recourse, shy of spending way too much money. If any of you can tell me otherwise, please, please do. It's killing me.

I took over 600 pictures yesterday. Four hundred were keepers. That's a stinkin' lot of pictures. I've really enjoyed my Canon Rebel 300D the last three years, taking it everywhere. It's been an extension of my right arm. Yesterday I was taking pictures at the fourth grade tug of war (what a hoot THAT was!) and the viewfinder went black. Just black. I'd press the button and the poor little thing would struggle to focus, but it just couldn't. I could almost hear it panting with the effort. Then I switched it to a different setting, one with auto flash, and the flash would pop up. Still it would strain, trying to focus, to no avail. Still black. So I switched lenses. Then I switched out the battery. Finally I switched out the CF card. Still black. Poor little camera. Maybe it overheated, right?

Coming home, after a full day at school (I'll show you in a second), I jumped on the computer to see how to fix it. This problem was a toughie, difficult to find an answer. I finally called Canon, who simply said, "You'll have to send it in." Well, I wanted to know what that would cost. I got an very rough estimate of one to 300 hundred dollars plus. Sounds like, though, the shutter mechanism is broken. The little mirrors aren't moving the way they should. I took the lens off and snapped a couple of pictures without it and they snapped VERY SLOWLY. With the lens back on, I can now see though the eyepiece, but the pictures come out 4/5 black. I haven't taken it out of its case all day today. I'm very sad.

One of the things I read, which disturbed me, is that this camera is known to only have a photo life of 10,000 to 12,000 pictures before the shutter breaks. And I've read that that mechanism is plastic. My husband calls it planned obsolescence and it makes me angry. If I'm going to pay a buttload of money for a piece of electronic equipment, I expect it to last a little longer.

Let me show you, in memoriam, some of the Canon's last shots. 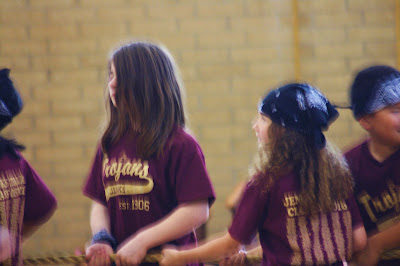 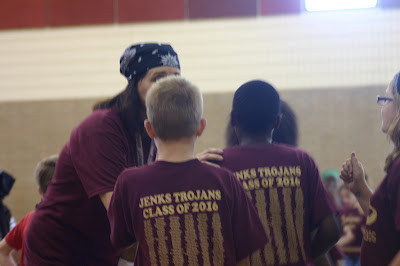 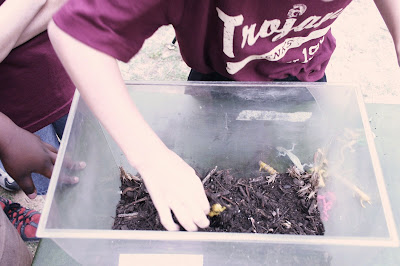 And this is what I spent the morning doing, manning the bug tank. I was the mom who repeatedly buried the plastic bugs in with the dirt and live crickets for two hours. The child would dig for the fake bugs while I counted to thirty, then they'd count their fake bugs and I'd say, "Great job!" What surprised me was the ratio of girls to boys who were digging through the live crickets. Mostly girls. My kind of girls.

But can you see it? The Canon was taking really crappy shots all day and I couldn't figure out why. It was dying and I didn't even know it. I'd think about getting it fixed, but as I read up on the problem and on the camera itself, I think I'd like something a little better in a camera. The Rebel was a great starter camera and I've learned a lot. And it's going to be a long time before I can afford what I want. Oh well.

So cry with me, will you? My heart is breaking. And this blog will be photoless for a bit.

i bought a kodak z1275 for 189.00 it has 12 mp and 5 x optical zoom its a great little camera for the price and with that much pixels you can crop the heck out of the pictures and still have a fantastic pic... someday I want... someything like dlyn has her pics floor me they are so clear and beautiful, but at 10 times the price I simply can't afford it.
Hurry hurry I love PICTURES :D
hugs laura

I told my husband - a photograpy freak and even he thought 600 was a lot but he is grieving with you.

You can borrow mine for awhile. K

We could start a fund, those of us who love your photog skillz. A Bake sale! We could bake virtual brownies and virtual red velvet cakes and auction them off!

Seriously. The dead camera thing sucks. I'm so sorry, Flea. I just bought a new p&s (point 'n shoot), but I wish I had the money and the dedication to the sport to get a DSLR. I hope you work something out soon.

My gut reaction to the camera problem is to sleep on it a couple of days. Of course the folks at Canon are going to give you a very nebulous estimate and suggest dire possibilities. They have to do that to cover their rumps.

So if I understand the issue, the shutter isn't opening at all? If so, that's an indication that the shutter assembly may indeed be broken.

On the other hand, if the shutter is opening but is sluggish, the problem might be something as mundane as the camera needing to be cleaned.

You've done a good job of troubleshooting, but if you have a good old-fashioned camera shop you can haul your baby to locally, one where people will take a peek at it without charging you, it might be worth a try.

I also ran across this page which described what sounds like a similar problem. He (or she) has some photos of the mirror assembly and a problem area, a "tiny pin holding the mirrors together". (Funny; it looks like a spring to me, and I'd be inclined to just try replacing the darned thing.) Anyhow, if it's easy and convenient, it might be worth looking to see if your assembly has the problem he's describing. If so, that's more information.

Here's a page detailing how one guy fixed his "sub-mirror assembly" (these symptoms also sound similar to what you've described) using epoxy, a paper clip and some pretty standard tools:

:***( I could not live without a camera. I hope this is a problem that does not extend to the XT. I take TONS of pictures. It does sound like a shutter problem. I had to have that fixed with my film SLR, but it was 15 years old and had taken me through 10 semesters of photography and toddler years of 3 children before I bumped it on a wall at Sea World and it died. It cost $90... I think. I agree with taking it to a local camera/photo/hobby store. You can't be camera less with summer just starting. Good thing it didn't die before Little Guy's friend picture.

What a bummer! I bet it can be fixed . . . I hate just chucking electronics. *sigh*

I meant to add - $300 sucks an egg and I'd probably just chuck for that cost.

If my camera died, well I'm not sure what I would do.

And where did you find the information about 10K to 15K photo-lifetime? THAT'S A SHORT LIFE! If I knew there was such a thing, I would have researched mine before I bought it recently.

By the way, Little Guy's friends are adorable, but you knew that right? They remind me of the group from Stand by Me.

Not only am I crying with you, I was almost to the point of hyperventilating-- I can't stand the thought of being without a camera!! and 600's nothing baby. I can do that in one three-day trip :-)
So, camera. What bad timing sincce you're in the middle of attacking your siding. And the kids crying because of the break... how sad. My little 8 year-old still talks about his "best friend" that he misses and loves from 2 years ago. :-(
I am so sorry about all of this Flea!

Oh no! You know I would just curl up and die! I can't believe it takes that few photos to wear it out - I can easily take that in one month for Pete's sake! You might want to research a Canon that is a little more durable but will still use your lenses. Then look for one on Ebay. I paid less that half of my camera was new and I got two lenses with it besides. Hope you find a solution soon!