The Sister. She is Evil.

My sister. She is evil. EVIL. Evil incarnate.

My sister. She has recruited minions. Minions who live in my home. And has called it a birthday gift. She even sent legitimate birthday gifts as cover. And elaborate instructions of EVIL intent, complete with instruction to chew it up and swallow once read and understood. Might I introduce exhibit A? 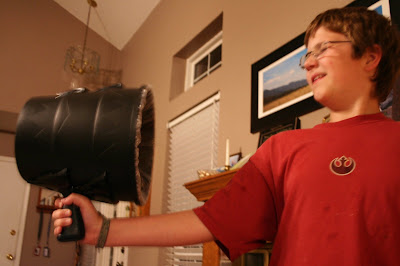 This is the air cannon. Definitely a boy gift. It ROCKS. Little Guy was shooting me from the top of the stairs when I walked in the door. This is what it looks like in action: 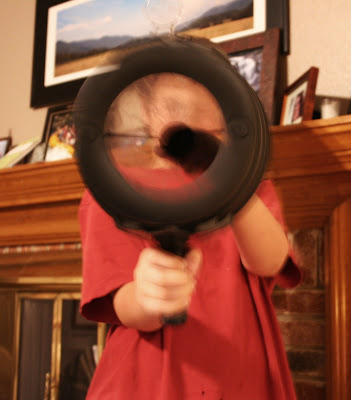 Then there's the innocuous bubble wrap keychain. We stared at this thing for half an hour trying to figure out what it did. Oatmeal Head said it came with instructions in Japanese, no diagrams showing its purpose, and it obviously has batteries. Looks like a weird Lego, and the buttons made funky sounds but didn't DO anything. Check it out: 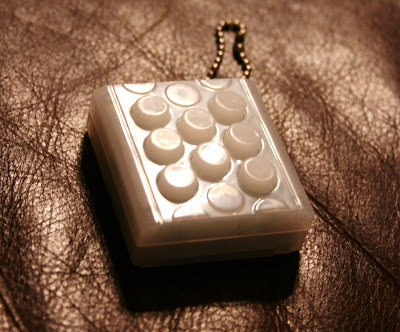 How strange. So I looked it up. And we clicked till we got to a hundred clicks and thought someone had stepped on the dog (it would serve the dog right!). This is one wicked gift. She also sent him ordinary drum sticks. When I begin my new job, I'm finding him a drum teacher.

Maybelline's gift isn't so photogenic, but she loves it. It's a hippie chick guitar strap. She loves her Fender. So I'll give you a shot of Maybelline and the Fender from last fall, because I'm generous that way. 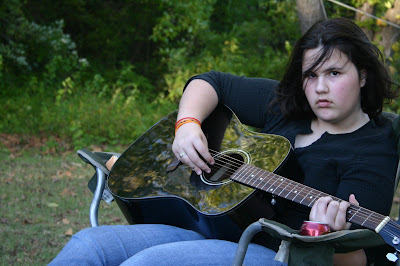 I love the way the guitar picks up the trees.

I saw these gifts tonight when I brought the two older ones home from church. Where had I been all day, you ask? I took Maybelline to the vampire's - er, the doctor - for blood work. We were gone about an hour. My Mommy - my sweet, loving mommy, who turns out incredible pieces of art like breathing, who cries when tiny kitties are hurt - dropped by WHILE I WAS OUT with the gifts from Aunt Marguerite. Yes, the same Marguerite some of you may recognize from the comment section of this very blog. The gifts were parceled and opened while I was gone, with my daughter receiving hers on our return.

Not long after I got home, I began hearing a high pitched beep occasionally. Not often. Not too loud. Very annoying. To fully appreciate this, you must know that Oatmeal Head is a consummate liar. Further, he has been asking me for the last few weeks if I can hear certain high pitched noises, making the case that young ears hear high pitches better than old ears. So when this noise began, he said something about it. Then let it drop. About the time his friend came over to head to church with them, I was going just a tiny bit crazy.

Enter the car. It's a twenty minute drive to church. The noise followed us there. I've been accusing the kids of having some kind of noise making device all the way there. All three are very skillfully denying it, and I'm nearly inclined to believe them. But not quite. At this point Oatmeal says, "Well, the noise has been happening since Grandma came by."

Wait. Grandma did what now? When? Why? Oh, birthday gifts from Aunt Margo, huh? So I call my mother, while en route, asking about the noise. She's completely innocent, of course, probably thinking about baby puppies or flowers or something when I called, knowing nothing about any noise. Oh, but Margo had said something about me getting mine, or something. Turn about is fair play. Something.

So here I am, on the interstate, trying to get my sister's phone number (I'd lost my phone numbers when the evil phone fairy killed my phone), thinking better of writing it while doing 70, trusting Oatmeal Head to write it correctly. When I called Marguerite, the EVIL sister, she calmly denied any knowledge of something annoying in my children's possession. She even intimated that our mother was responsible, since she was the last one to have contact with the kids prior to the noise beginning.

I had two hours to read and relax and forget the noise. And to whine to my Hunny. He has the more level head than I in these situations. And the ride home was filled with the noise and my music. And a confession. Check it out: 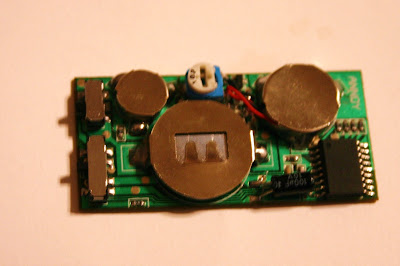 Yeah, that. What is it? Think Geek describes it thus:

The Annoy-a-tron generates a short (but very annoying, hence the name) beep every few minutes. Your unsuspecting target will have a hard time 'timing' the location of the sound because the beeps will vary in intervals ranging from 2 to 8 minutes. The 2kHz sound is generically annoying enough, but if you really really want to aggravate somebody, select the 12 kHz sound. Trust us. The higher frequency and slight 'electronic noise' built into that soundbyte will make a full-grown Admin wonder where his packets are.


Assuming you have done your part in selecting a suitable hiding location for the Annoy-a-tron, it will do its part to drive your co-workers slowly mad with its short and seemingly random beeps. And when someone does locate the Annoy-a-tron, they're really not going to know what it is - which is almost as much fun as watching them search for it. Muahaha.


It's enough to drive any mother entirely insane. Thank you, little sister. You. Are. EVIL.

Haha, that is awesome! I used to be the evil sister and now that I've got Chicken I'm scared!
ps. Sorry about your luck, evil sisters also tend to be determined and creative!

That is a hoot! And I love your mother's art...everyone needs to check her out!

Oh my! I must have one of those! Mr. Mom needs annoying desperately.

wow, and I thought my siblings were evil for the noisy toys on Christmases.. I'm going to have to get me one of those annoyamajiggies.


While I'm disappointed that it didn't last longer, I am pleased at the result. :) The gauntlet was thrown and I accepted. Just be glad I didn't go with the even MORE EVIL suggestions I got. >:)

And just remember, the Annoy-a-tron is cheap, and I'll be coming to visit someday.

I'm afraid I have to join in the evil club..I am the evil Grandma that gives the grands all the markers, play doh, noisey, sticky, loud things that kids really like and parents really hate. becuz see my children deserve all the torture from their children they get *evil grin*

Oh she's good that sister of yours. I love the keychain!

toooo funny!
this is stuff dreams are made of LOL
hugs Laura

Oh, what fun! I wish I had someone to be evil toward. Sometimes I miss high school LOL I love that site :-D Especially the binary tshirt... there are 10 types of people... so tempting...Lots of fun ideas... too bad all the birthdays are over this year.... well except for Carl's... off to search that site some more

What a gorgeous picture of your daughter!!! I have 3 sisters, and yeah they are all evil aren't they.

I want those evil things - esp the bubble wrap. And whose Birthday is it exactly?

Rack one up for Margo

LOL That's really great. I admit I need a shopping spree at ThingGeek now. So many people, so little access to their homes... hehehehe...

Beautiful photo of Maybeline and the guitar.

The Annoy-a-tron might be perfect for an annoying office worker...

Oh, My, Oh My! I was hootin' and hollerin' so Big Shooter came in to see what/why. I quickly exited your screen. I don't want him to know...until I can get my little fat hands on an Annoy-atron...It will send him over the edge. Much to the Crumb Snatchers' and my delight! Thanks Little Sister. I love ;your evilness.

Oooo... ((rubbing hands together)) i must have one...
My sister's only 3/4 of the way crazy and i need to drive her all the way there!
too funny!

that's pretty funny...only because it's not in MY house. ;)

No way! I will not let my family in on that dirty little secret. Ever.