I know, I know. Another travel log. But I had SUCH a great, jam-packed week! I just have to SHARE! And Mr. Monkeysuit really TRIED to be on his best behavior. You know he did.
Red Rocks and I left Tulsa on Monday just after noon. Instead of driving straight to central Louisiana on 4 hours of sleep, we went to Dallas and stayed with Marcy and her family! I sort of invited myself over for the night. So be warned: if I'm
ever passing your way, I'll ask to crash on your couch. I'm cheap that way. If you know what's good for you, you'll pretend you're not home on whatever date I'm set to pass thru. 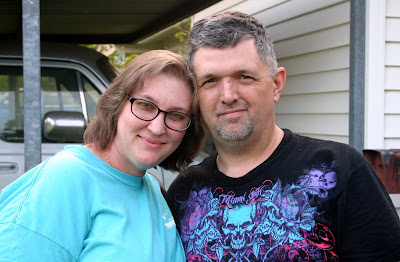 MaBunny and her sweet Hunny
Marcy has a beautiful daughter and quite the handsome husband, whose name is the same as my husband's, which made for an entertaining evening of
conversation. But y'all know Mr. Monkeysuit - he only has eyes for the ladies. He was immediately attracted to Marcy's sweet little Cooper (I know it's a boy name - it's also a street name and this pretty girl's name): 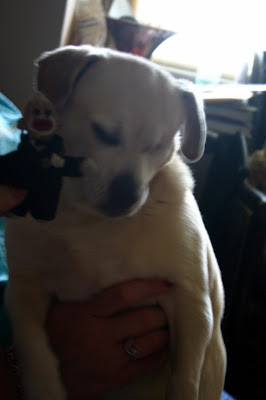 Mr. Monkeysuit plied his wiles and charmed Marcy into joining Cooper for a photo. What a scamp! 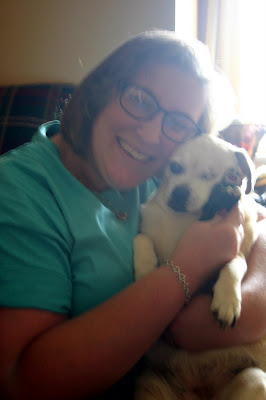 Then he conned Marcy's darling daughter into conversation, making her smile (all the ladies smile when Mr. Monkeysuit turns on the charm): 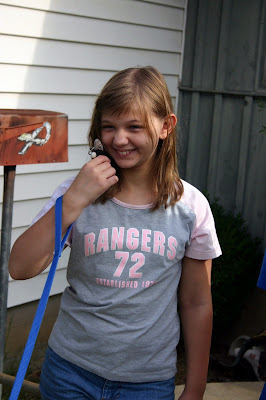 A jealous Red Rocks came to save her from the dashing monkey, but it did no good. 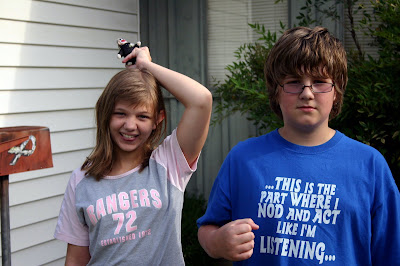 Especially when Korie was also smitten by Mr. Monkeysuit! 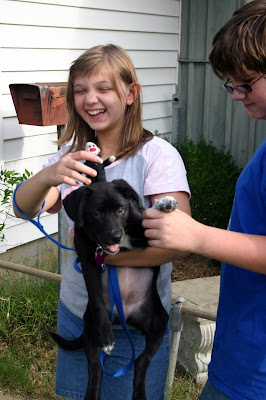 What a day! I think it will be awhile before we travel again. At least with that little monkey. He's more trouble than he's worth some days!
Tomorrow I'll tell you all about his visit with the Evil Sister. She's a little more resiliant to the monkey's charms than a 10 year old girl. Still.
I can't help but just drop in a couple more photos of the stay at Marcy's. She took me around historic Lancaster and it's just the most adorable little Mayberry town. Check it out: 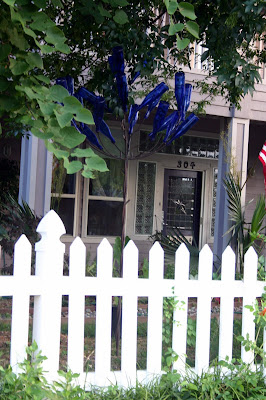 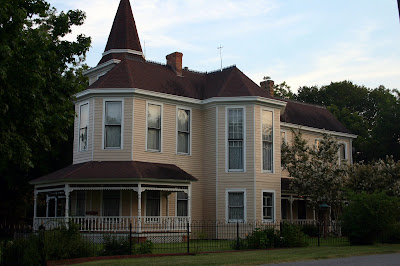 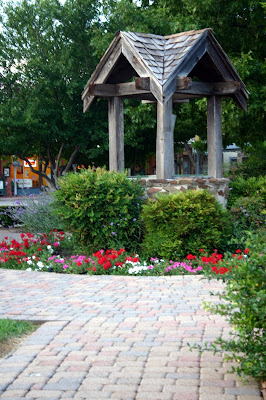 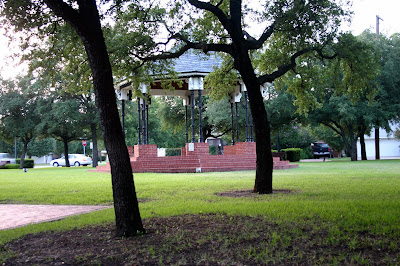 Oh that Mr Monkeysuit is a charmer ... LOVE Red Rock's t-shirt, Husband needs one of those ...

What fun pictures! We don't have anything that charming in my city but . . . I am sure the kitties would "enjoy" Mr. Monkeysuit!

Yhanks for taking such great pictures of our little town! We enjoyed your visit so much! We have to get together again soon, for a longer chat session!

Love the little Mayberry photos-- I wanna live somewhere like that!

Looks like a great time. I like Red Rock's t-shirt, too. And, how do you keep up with the antics of Mr. Monkeysuit!! I'd be worn out by the end of the day.

What a lovely town! I think I'd like it.

Yup looks like Mayberry. White picket fence and all. If you ever make it to Idaho you can crash on my couch, but you gotta bring Mr. M! Red Rocks is welcome too.

No comment on Mr Monkeysuit. Nope. No comment at all. (My heart belongs to The Bee, you know.)