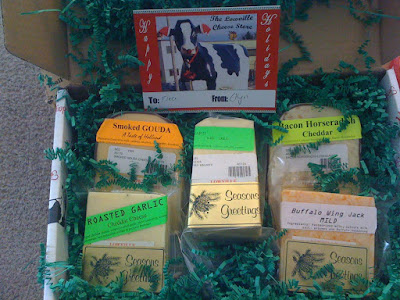 Y'all know Ellyn? Dlyn's girl? Holds Dlyn's grandkids hostage for long periods at a time. She surprised me with boxes o'stuff! Did you SEE that? Cheeses from a dairy farm in New York! Smoked gouda. Havarti dill. Garlic cheddar. Buffalo wing cheddar. Best of all (unbelievably good) is horseradish bacon cheddar! I'm a huge horseradish fan. This one's phenomenal. It came Friday. I had it for supper that night with crackers while everyone else had spaghetti. I had it Sunday night for supper. No idea what anyone else had. Had cheese, crackers and lunch meat for lunch with friends today. Mmmm.
But then ....
As excited as I was to see hunks of cheese show up on my doorstep, even MORE showed up today! Ellyn! What on earth are you thinking? Are you planning on having deep fried Flea for Thanksgiving dinner this year? Take a look: 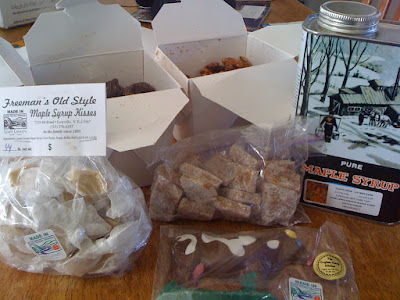 Scrumptious, no? Look! Real maple syrup (the kids wigged out over this one): 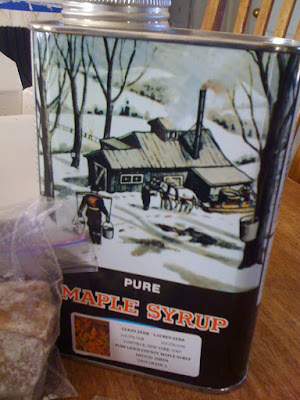 Turtles and candied pecans! I loves them both. You should SMELL the turtles! 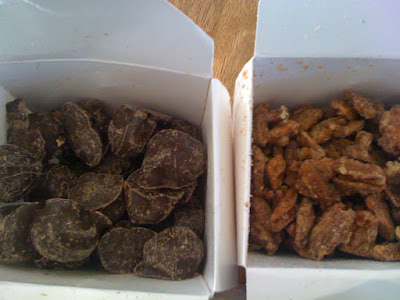 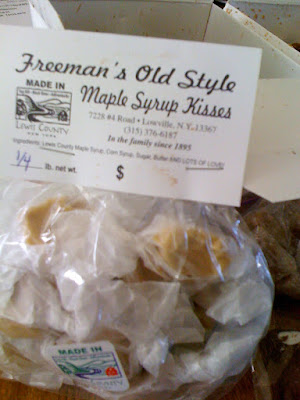 The cutest of all - the chocolate cow (and toffee thingies): 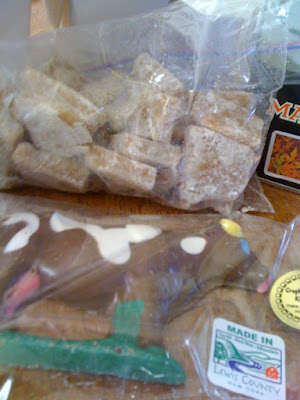 How cool is that? And it's not even my birthday! But it did arrive on my anniversary. Thank you SO MUCH, Ellyn!
Until I write again ...
Flea
Who wrote this? Flea When? 04:05

Oh yum, that all looks amazing!

Thank you for the beautiful dress hanging in Anna's closet waiting for spring.

Wow! Such wonderful treats! You must have been a very, very good girl this year!

I think I want to become good friends with your Ellyn! Such nice (and yummy!) gifts! Happy Anniversary, Flea!

What a HAUL of magnificent yummies, from horseradish to maple to chocolate. You've got good friends. Just be careful how you mix those chemicals. They might explode!

just drooled all over myself thank you and then had a fit of jealousy LOL... then drooled some more... sigh

sniff...sniff. Turtles! I smell TURTLES!! gimme the turtles and no one gets hurt... ;)
you are one lucky little flea but ya eats all that and ya won't be so little.
so gimme the turtles,look, I'm trying to help you out here...

I noticed you didn't share. Who's the REAL Evil Sister? :(

My mouth is watering!

I'll be over for some waffles.

Well, get ready then. I finally shipped your book.

Gosh, you've got the best friends, don't you?