I'm in an odd mood. A random mood. Do you mind? This may jump around a bit.
Someone in the family finally found my junior prom photo. I was a gawky teenager, but my mom made my dress. I loved it. The guy I went with? He pitied me. Wound up marrying another Felicia, a friend of mine. More power to 'em both. 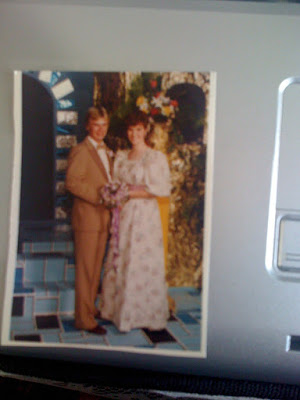 Anyone out there want to buy a frog trivet? Hand burned by me. Whadda ya say? Twenty bucks? I'm reluctant to part with it, so if no one bites, I'm using it on my dining room table. Or it can be fitted with a bracket for hanging. 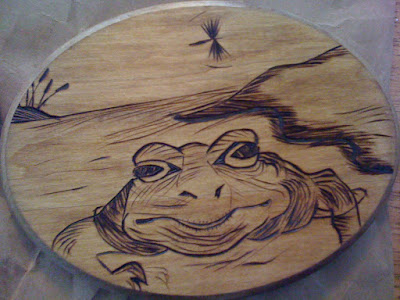 Oatmeal Head, that dunder brain, is dating again. He knows he's not allowed to date till he's 16, and then only as a group date. We didn't know that he was "dating" when the girl came to the house for games and movies. There were supposed to be other "friends", who mysteriously didn't show. Ya. She's a pretty girl, though. Mr. Monkeysuit liked her a lot. Of course, we don't go by the monkey's seal of approval, since we know that he likes all girls. 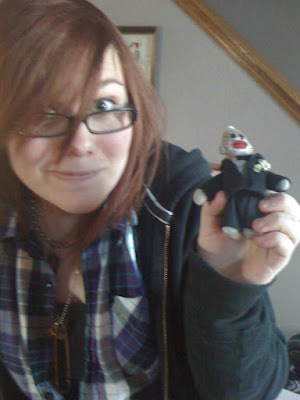 Oh, another thing? Found out yesterday that this girl is the step-daughter of the teacher I volunteered with for two years! Anyone out there remember her? She and the bovines, they were tight. It's a small, small world. 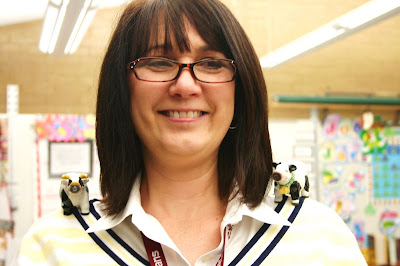 Let's see ... is that all? Hmm. No, I'm not done. See, there's the picture of Patches after Maybelline got a hold of her. Poor pup. She's awfully cute, though, isn't she? 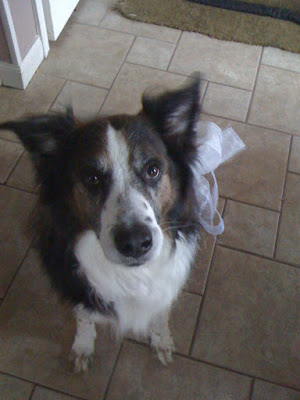 Then there's Squeaks, that stray cat that showed up here a year and a half ago and that my friend, Heather, took home. She's an odd looking cat, but has enough personality to make up for three cats. Heather says she cries. Poor baby. My Hunny wishes we'd have kept her and given Heather Lou the Loud. 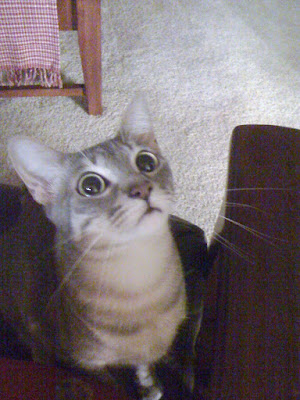 That really is it. I'm done. Y'all have a great day, and stop in on Miss Mental Pause on your way out, wish her a happy birthday.
Until I write again ...
Flea
Who wrote this? Flea When? 08:48

I like random. Random is good. Discovering a cow lover is a friend is family...that's random. So are dog bows and cats with BIG EYES. Have a good one. Oh, and your mom makes a great prom dress. Random.

Random suits me just fine. And thanks for the birthday shout out;) 40?? I wish!

I can do random isn't it great to have so much in common with other people?

I like random-- it's how I think...
Do YOU see the resemblance with the girlfriend (who is only a friend because Oatmeal Head isn't really dating) and a certain other female in his life??????