Heya! It's the tail end of our spring break and we went out with a bang! The seven of us (there were a couple of extra teenagers along for the ride) went to the Illinois River near Tahlequah for yesterday. Oh, the Babies went too. And now, grab your popcorn and come along for the ride! 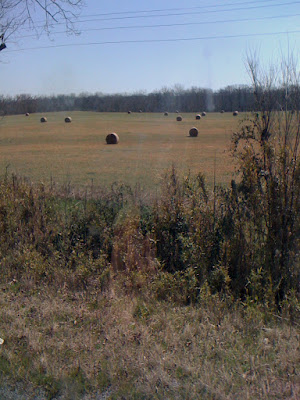 I'm guessing most of you think of fields of hay and corn when you think Oklahoma? 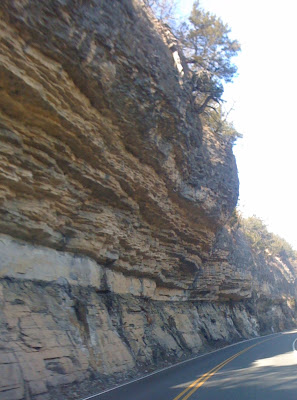 But do you think of craggy hillsides? 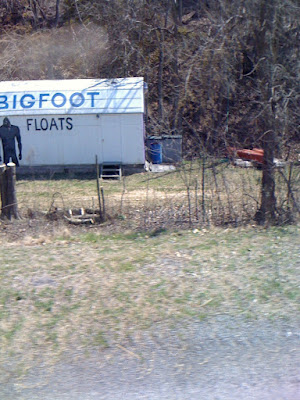 Or Big Foot? Yeah. Me neither. 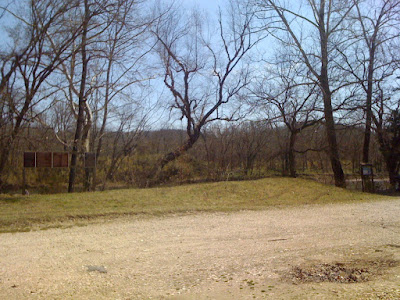 It was a gorgeous early spring day (it's supposed to start snowing later today). 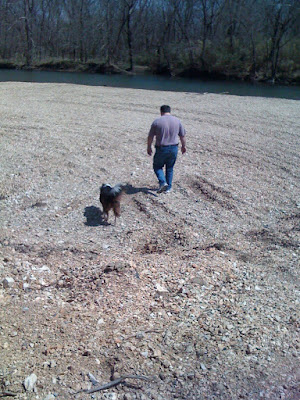 My Hunny and the Babies enjoyed the rock river banks. 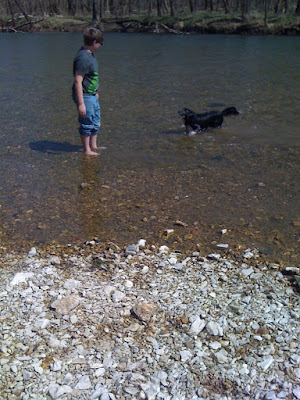 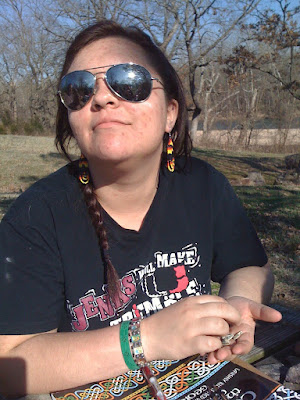 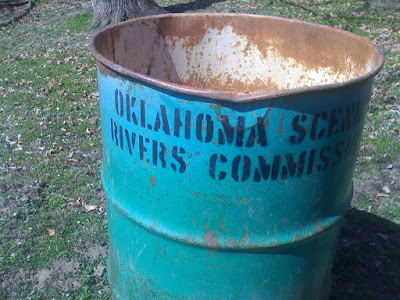 I love these trash barrels! 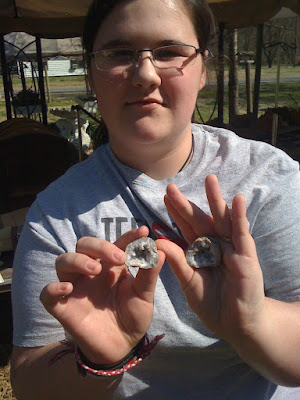 And Maybelline opened a quartz filled geode! But that's a story for another day. 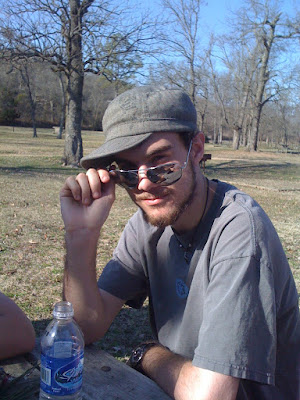 Oatmeal Head had a turn with Miz Hannah's 70's style glasses. Ain't he a stinker? 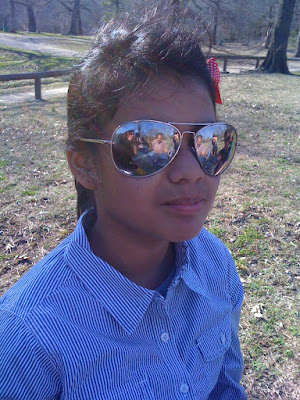 Our newest 12 year old (it was her birthday yesterday) also had a turn. Jenni's a cutie pie. 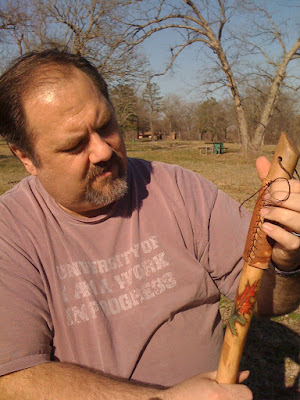 My Hunny worked on lacing a new leather grip for his favorite walking stick. 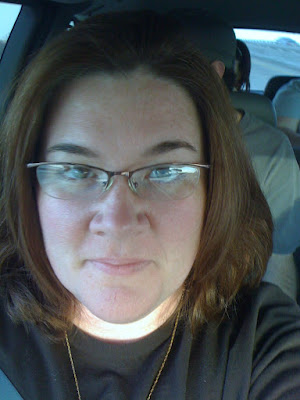 And the mama? The Good Flea worked on her freckles. With very little success.
Until I write again ...
Flea
Who wrote this? Flea When? 07:54

Just saw OK's weather forecast...snow on this first day of spring?? What's up with that??

Thanks for taking me along on your adventure!

As for weather . . . it is RAINING here. I know it has been raining solid since 5:00 A.M. since that is when the kitties woke me up. It is supposed to be colder here than in Ohio!

We're having a gorgeous spring day here, but that also means I REALLY need to start tackling the weeds in my flower beds. Unfortunately, I have more weeds than flowers. :(

Wow! Fun outing and SUNSHINE. And I'm glad to be educated on the fact that OK has more than one level of altitude. Our impression of that part of the world was "pool table with BIG shredded wheat thingys everywhere." The river rocks and hope the snow forecast is WRONG.