Man! There are some things you just wish you'd had the guts to capture on film or audio. Last night was one of the times I wish that. Now. Not last night. Last night I was shaking with silent laughter, not wanting to embarrass anyone. In the light of day? I don't know these people, so there should be no repercussions, right?
One of my FaceCrack connections, Tasha Does Tulsa, recommended several Christmas light displays around town. One of them, the lights in the Blue Dome District, caught my eye. For you non-Tulsans, Blue Dome is the arts district here, making a nice come back. We wandered into the best shop ever, Dwelling Spaces, where I picked up a cute button/pin for my purse. (Y'all, the video would't embed, but it's worth seeing) Local artisans sell there.
Anywho, we loaded up the fam, several friends, and headed into the night to find the blue lights. Y'all, they were just that. Several strands of blue lights strung across the tops of the buildings. Our favorite light display of the night was one similar to this, which we dubbed "Santa's dismembered mitten". 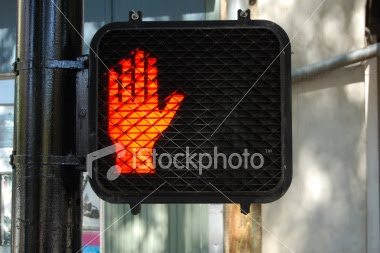 At least we had a backup plan (WHEW!). The seven of us drove the short hop to the Gypsy for Americanos and cheesecake (a nice chaser to three days of Thanksgiving gluttony). If you haven't been, the Gypsy ROCKS.
What didn't rock was the talent. I was hoping for belly dancers. What we got instead was a couple of musicians. Oh, they talked a good talk. From St. Louis, repertoire of jazz, country, ragtime. Play in little coffee and beer joints around the region. We sat and chatted it up for half an hour or so before they opened.
We should have left when the singer said they play for the occasional one and two dollar tip.
Friends, we stayed twelve songs too long. Wait. We were only there for four songs. It just felt like twelve. My Hunny, friends and I were texting back and forth about when to leave. One friend was playing chess in the corner with Goof Ball, so we had to wait out their game, dang it.
The singer was kinda like this, but much, much worse:
But Oatmeal Head wanted y'all to see this, which is nothing like last night's experience:
Hard to know which is worse. The above, or last night.
Maybelline's friend said it best. When I apologized (for the umpteenth time) about our disappointing evening, her response was, "Oh, that's okay. Now I have good stories to tell!" And Oatmeal Head put it all in perspective with this gem: "The worst decisions make the best stories."
I hope your weekend was as eventful as mine, only more rewarding.
Until I write again ...
Flea
Who wrote this? Flea When? 06:40

They do make the best stories! LOL!

The best philosophy,
An opportunity
For laughs and levity.
Just goin' downtown with
The Good Flea.
Now she's
Somethin' cool to see
While she's
Choppin' broooocoleeeeeeeee!

I love Chopping Broccoli! And I'm glad you got to hear their song stylings!

Oatmeal Head should never be allowed to dictate what videos you post...


actually, it's kind of catchy. Why haven't I stopped it? Why is it still playing? "I'm more richer than all the Czars..."
Come to think of it, it's exactly the kind of music that is played over here on the radio all day long.

Oh my! What an evening!

Great food and blue lights? You expected everything to be perfect? LOL LOL