What Dreams Are Made Of

Raise your hand if you're happily married. Raise it high.
Okay, I see your hand. You can put it down. You there - stop waving. And no, I don't want details. I know you're a newlywed. Keep the details to yourself.
I raised my hand, by the way. See this man? I'm happily married to him. 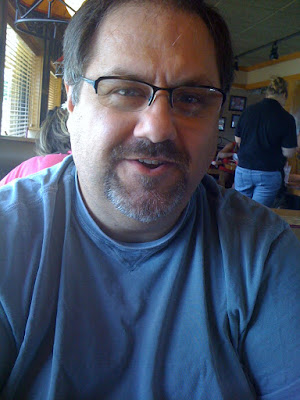 Now, and you don't have to raise your hand this time, are you married but don't want to be? Divorced? Single mom? I have a lot of friends who are in the above boats. It's a painful place for many of them. Not always painful, but often lonely, or just plain difficult. See this man? He's my Hunny. I was in the "don't want to be" boat for years, a long time ago now. 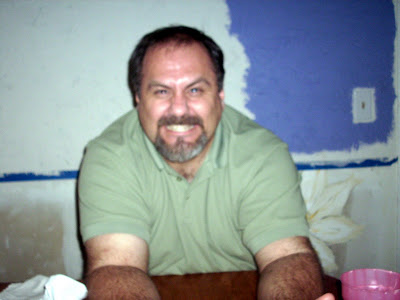 We're coming up on 19 years in a couple of weeks, so I'll have been happily married nearly as long as I was unhappily married. Isn't that an odd thing to say? But it's true.
Now, another question: how many of you might say you're happy, but you complain about your husband frequently? If you can't answer that question honestly, ask your best friend to answer it honestly. I'll bet she will.
Now, go back to the first statement.
I ask these questions because of a dream I had last night. Not a nightmare, but a very sad dream.
First, I watched the Lion King with the kids at work yesterday. It's been at least ten years since I'd seen it. I watched Mufasa die while his son, Simba, looked on. Second, my dad died more than five years ago. He was in poor health and excessive heat and stress were too much for him. We hadn't talked for years prior to his death. Third, my own husband isn't in great shape, but we're starting over next week with eating and exercise and I guess my mind is still chewing on that.
So in my dream, a strange man and his young daughter are in a crowd in the heat, walking, talking to lots of people. It's extremely hot. The man clutches his chest and dies in front of his eight year old daughter.
Next, I'm a teenager and it's my dad who's just died. I'm telling my mom that I'll never see him again, that I'm heartbroken. I'll go away to college and when I call or come home, he won't be there. He'll never be there again. I was sad, but not devastated.
Last, I was just me. My Hunny and I were traveling. It was my Hunny that died. I was crushed. I couldn't believe he was gone. He kept coming back to me - he'd hold my hand or touch my check - then he'd leave. It was killing me, even though I knew he was dead, that it wasn't real, his showing up.
I woke up at four a.m. to find he wasn't in bed. Hunny was sitting in the living room because he had heartburn. I went back to bed and cried for two hours before falling asleep snuggled up to him (he came back to bed).
What I realized after the dream was this: I'm very grateful for my sweet Hunny. I also love him more than I thought and would miss him more than I realized.
Another question: how many of you think you'd just move right on with life after a brief mourning period if your husband died? I thought that. I was protecting my heart, I think, from the thought of loss. But I was wrong. I can totally see being immobilized. I'm tough and all, but I love my Hunny. I've learned to love the man he's become over time. The man he's allowed God to make him. The man who loves me and our kids more than I can imagine.
Please don't take your husbands for granted. And don't cut them to ribbons with your words. Not to their faces or to others. It makes a big difference, the words you use, to them, and ultimately to you. Love them. It's worth your time and energy.
Until I write again ...
Flea
Who wrote this? Flea When? 08:30

Flea, I am so glad you love your Hunny. Sounds like the way I love my Cdub. People go a lifetime and do not have what you and I have. God truly knew what he was doing when he sent Cdub my way and for that I am truly grateful! Happy Anniversery my friend!
<><

Yes, Happy Anniversary in advance. Just by your post I can tell you have a wonderful Hunny. A good hunny (like mine) is a treasure. Thanks for the reminder to appreciate what I have.

Hope you sleep better tonite or New Year's Eve is gonna be loooooong (or you'll just bag it and go to bed early like us geezers).

'Tis true. It's a well documented fact that when you *bad mouth* your life partner, it causes more bad inner feelings to arise.

Like you, I spent the first half of my marriage not so very happy. Luckily, we figured out we liked each other too much to not try & make each other happy & once the kids were gone it got a lot easier.

Now, we each truly enjoy the company of the other. I'm not sure how I'll react when I lose him, but I've had similar dreams to yours & wake up bawling like a baby every time. I'm thinking it's surely a clue. I'm going to fall apart like a house of cards in the wind.

Divorced. Married once for 20 years. We're still close. As I've gotten older, some of the ways I reacted were ridiculous. We're friends now.

Flea, I'm sorry you had the dream, but glad you shared with us and really happy you have your Hunny!!

Hugs to you. Heartburn hurts, and can feel like chest pain, a.k.a. heart attacks. I hope both of you take good care of yourselves - for your own sakes and for each other's.

Happy Anniversary and I'm so glad you're happy.

I'm just going to keep praying and see what God has in store for my marriage.

Oh my, that made me tear up a bit. We will celebrate 35 years on the 23rd. I may complain sometimes but I don't know what I would do without my best friend! Happy Anniversary!!!