A New House for the Girls 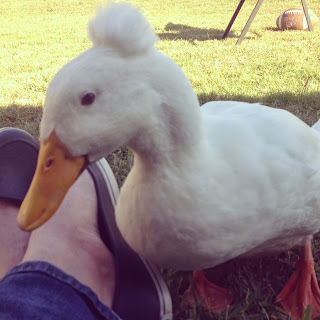 He's a handsome boy. He'll be sleeping under the coop. Which started out as a Beverly Hillbillies type of project: 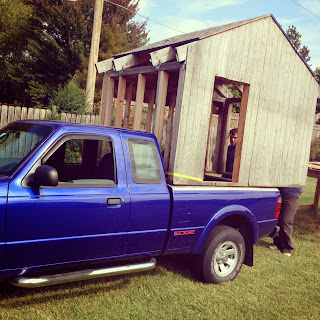 I found a wooden playhouse on Craigslist - for free! -  and made my Hunny take it apart and bring it home for the girls. As you can see, it was never finished. But Hunny is a true Renaissance man. He'd never done a roof before, but he's putting his first roof on the chicken coop! 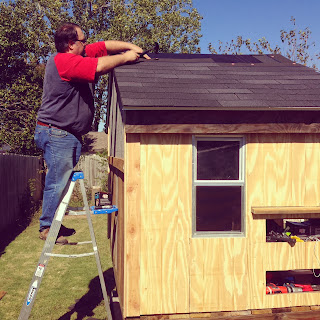 I think he's doing a fine job. This is a mighty big house for five chickens and a duck. Maybe one of my teenagers can move out there soon and free up a room. Do you think I can charge them rent?

Here's a shot of the coop as far as we've gotten (yes, I've been helping): 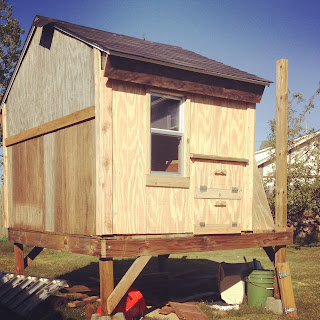 The trim is on, nesting box doors are installed, roof is nearly done. Next will be altering the front door and installing, paint, fencing around, then the chickens and duck can move in! I'm so excited! The girls are excited, too. 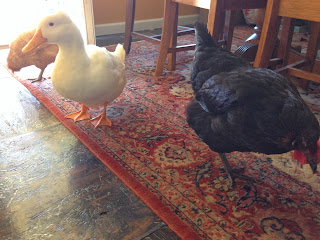 Well. At least they won't be coming into MY house.